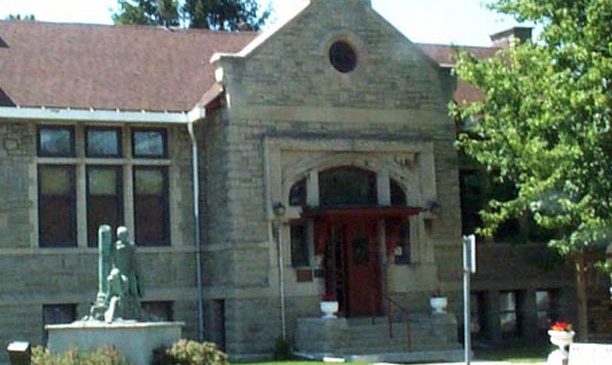 
The Waupun Historical Society, located at 22 S. Madison Street, is housed in the former Carnegie Library.  The building, with a cornerstone date of 1904, is listed on the National Register of Historic Places.  From 1910 – 1920, one of the basement rooms was used as a Museum of Waupun Pioneer Days.  As the library expanded this museum was dismantled and went into storage.

The museum houses a large collection of materials related to Clarence Addison Shaler, the prison, the Grange, Waupun’s Dutch Heritage, and families that have lived in Waupun.  On the ground in front of the building is one of Mr. Shaler’s statues, “The Citadel.”