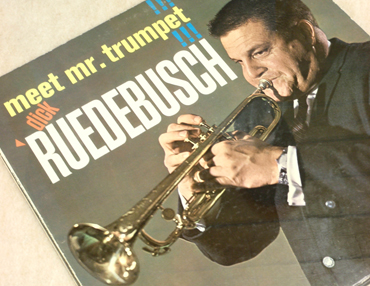 A collection of photos from the 48 rural schools that once helped educate the youth of northeast Dodge County.  Townships included are: Herman, Hubbard, LeRoy, Lomira, Theresa, and Williamstown.  Each board displays a map of the township, showing where the old schools were located, and has approximately 20 photos of schools in that township.  Research and contributions from other historical societies and a number of individuals (including a number of retired teachers) have brought us a total of more than 350 photos at this time.  A three-ring binder will be placed near each bulletin board containing descriptive photo pages for ALL the photos we have for that township. We also have the teacher lists for every school, some from the very beginnings in the 1860s, but most from 1901 to the year that each school closed.

A photographic history of the White Limestone School and surrounding facilities. Artifacts include the original school bell from 1857.

Ray McEathron, a life-long Mayville resident, was known as “Mr. Mayville” and “Mr. Dixieland Jazz.”  Peggy’s drum set, amplifier, and twenty scrapbooks on the history of jazz beginning in 1900 are on exhibit.

A 1943 graduate of Mayville High School, Dick Ruedebusch taught himself Dixieland jazz by playing trumpet to recordings of Bob Crosby’s Dixie Combo. Dick played with the 378th Army Service Swing Band while in the service.  With “The Under-privileged Five,” Dick had six albums, including “Meet Mr. Trumpet.”  In 1962, Dick Ruedebusch and his group appeared on the Ed Sullivan Show.  One of his trumpets, a record player, and some of his albums are on display.

R. H. Blohm—know best as “Cap” Blohm—was born in Mayville in 1896, the sixth child in a family of eleven children of German emigrant stock. His main interests since childhood were those things which are naturally wild and free, and much of his leisure time was spent drawing these subjects in pen and pencil. He is without any formal education in any field, including art. An average student in the Mayville public schools, he was well disciplined, bashful, and sensitive. From the time of his 17th birthday, Cap was forged and tempered by 48 years in the steel industry; always too engrossed in his work, his academics took second place over the necessity of providing shelter, food and clothing. He saw service in World War I as one of the town’s first volunteers. At age 69 he went back to painting in oils; his paintings have been on exhibition at the Springville Galleries, Brigham Young University, the Provo Utilities Gallery, the Eldred Center and business establishments. “Cap” produced over 350 paintings and sketches in his golden years.  “Cap” passed away March 21, 1991.

Arllys Falkner Schumann gave 26 years of her life teaching kindergarten in this very building.  She taught from 1928-31 and 1946-69, nurturing a total of 1,390 students.  A memorial display with swinging metal pages shows pictures of  her many pupils over the years.  Arllys passed away November 5, 2000. 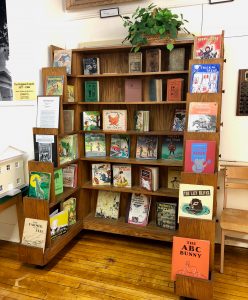 Miss Maybelle M.Franseen was classroom teacher of the “Demonstration Room” of the Rural Normal School from the mid 1930’s until the early 1950’s. The red brick building in which she taught, on the southeast corner of John and Buchanan Streets, had been built in 1898 as Mayville’s first high school. It was razed in 1957 when a public school addition was constructed on the site.

With an average of four students in each of the six grades, Miss Franseen was the inspired creator of curriculum, actual instructor for individual grade classes held in the front of the room, and initiator of total enrollment projects such as reading from “The Lord of The Rings” trilogy. As subject matter and teacher training levels dictated, the older students were rotated out of Miss Franseen’s area to nearby rooms to be taught by the teachers who were in training on the second floor of the building. However, at all times, her “Demonstration Room” was the home base where lines of individual desks were arranged in graduated grades from the south to the north of the room.

In 1940, Miss Maybelle M.Franseen, who taught at rural Normal School, had this prototype of the Unit Classroom Library built by local craftsman Lars Larsen. This mission was to offer a portable library unit that could be wheeled from room to room, provide a nestled space for readers, furnish side display shelves for featured books, incorporate side drawers for the library card catalog, and supply bulletin board space on the back for topical displays. To our knowledge this original bookcase was the sole unit constructed.

Jack Leder, a resident of Mayville, hand built and painted this collection of model vintage automobiles and military vehicles

The Marais Players is a community based, non-profit theater group that has been entertaining local audiences since 1971. Our actors, directors and support staff are volunteers who love to perform.