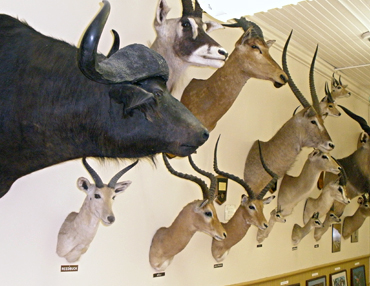 This large collection of African and American wild game mounts, along with some trophy fish became the museum’s first exhibit in 1984, and was officially dedicated in July of 1986.

Hugo Fenske, an auto parts dealer from Milwaukee, went on seven safaris to six African countries and brought back these many trophy mounts, some of which were records at that time.  Other animals were taken in the western United States and Canada.  The fish were caught in waters off the Mexican coast and from some Canadian lakes.  Mr. Fenske passed away August 13, 1992. 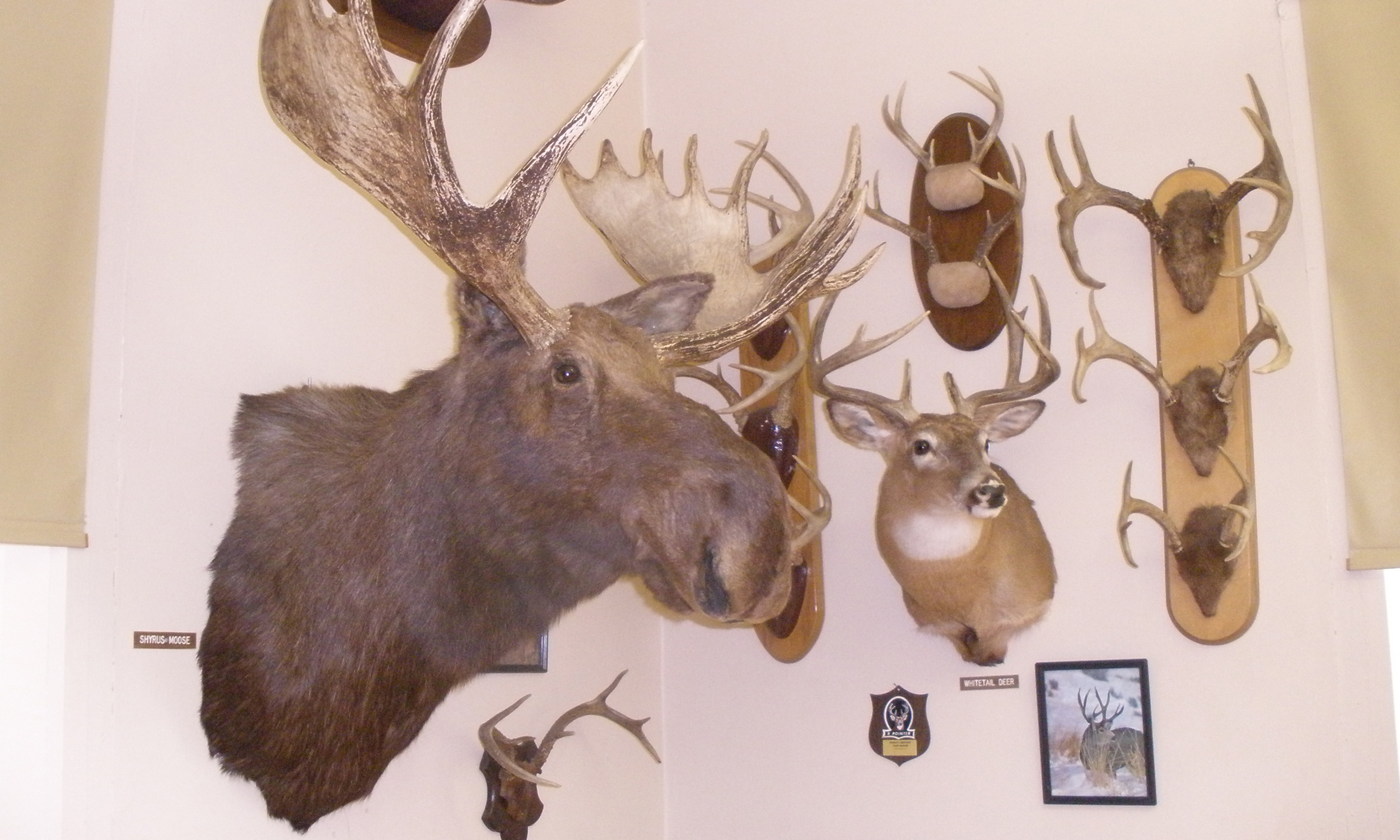 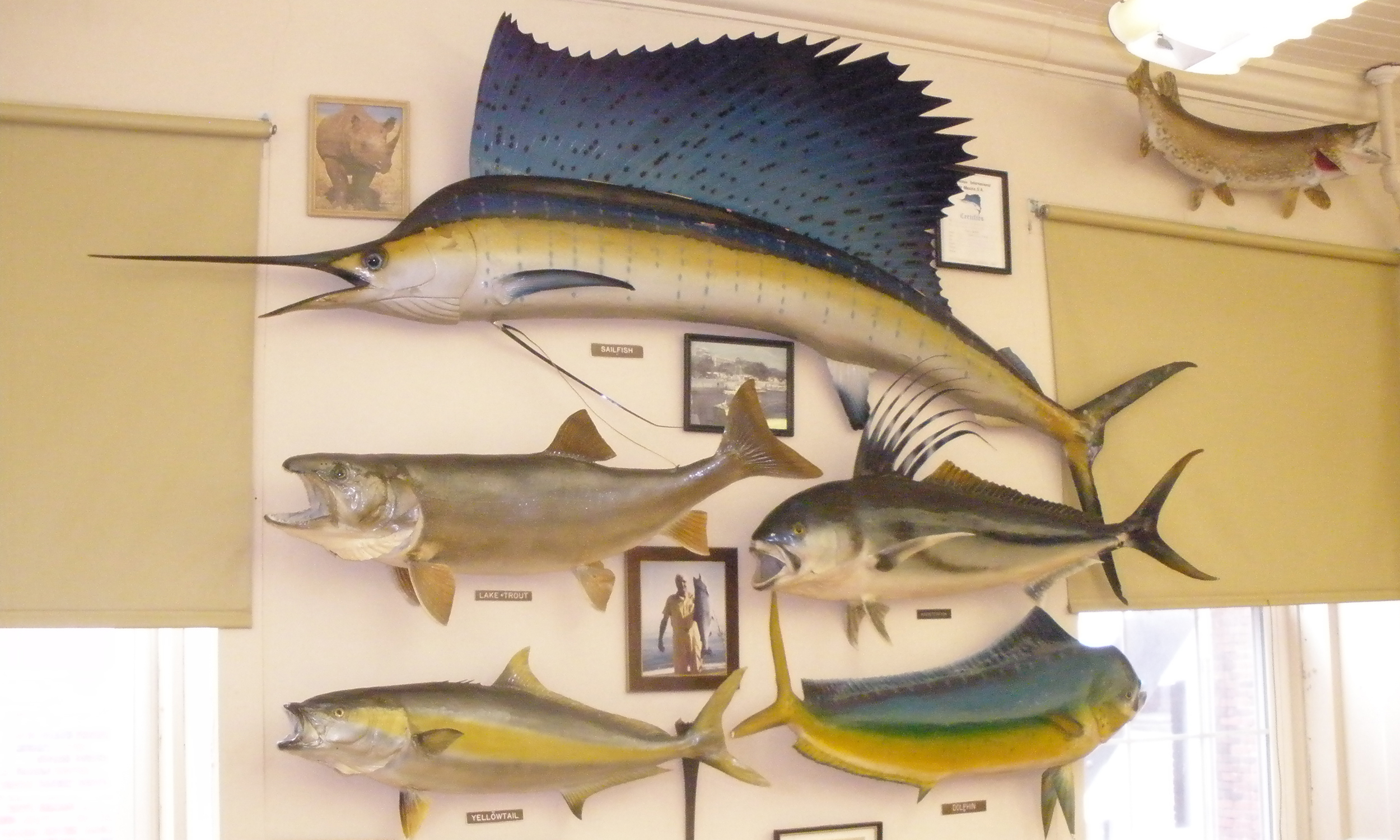 Individually-tagged African items in this room including the shotgun, knife with fork, some hand-carved artifacts, some paintings, and a zebra-hide drum were presented by the late Ted Bachhuber.  These objects were gifts to Ted, from his favorite aunt Margaret of California who traveled extensively in Africa.