The History of Storck Brewery 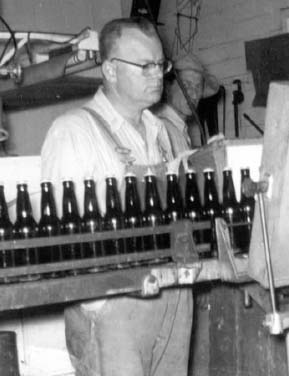 From the 1860s to the 1960s the local brewery was an important part of community life in 100s of communities throughout Wisconsin. If you have any interest in small local breweries, in local history or if you are a beerologist or zythophile (a beer lover) you won’t want to miss this presentation by John Storck. Joining John for his presentation will be Tom Lehn, curator of the Edward H, Wolf Schleisingervile to Slinger Historical Museum.

John’s program will focus on the history of the Storck Brewery. The Storck Brewery carried his family name in Schleisingervile (now Slinger) for 81 years from 1877 to 1958. Four generations of John’s family were involved with the brewery starting with his Great Great Grandfather H. Charles Storck in 1877.

John will relate how the Storck Brewery grew from a small local brewery to a regional brewery that sold its product as far north as Hurley, south to Chicago, and to the Milwaukee market. He will discuss how during the late 1800s and early 1900s there were important technological advances in beer production, quality control, and beer packaging that enabled small breweries to grow and prosper. No discussion of the history of brewing beer is complete without a discussion of how some breweries in Wisconsin survived Prohibition and brewed beer during Prohibition. He will also discuss the market forces that caused the bankruptcy of the Storck Brewery in 1958 and the demise of most small breweries by the 1970s.

Mayville at one time was the home of at least 3 Breweries; the John Steger and Co. Brewery, the M. Ziegler Brewing Company, and the Darge Brewery. The presentation will include a brief discussion of these local breweries.

If you have collectibles from a Mayville brewery or from the Storck Brewery that you would like to display, bring them along to the presentation. Space will be provided for your display.

Unfortunately, no beer samples will be available at the presentation.